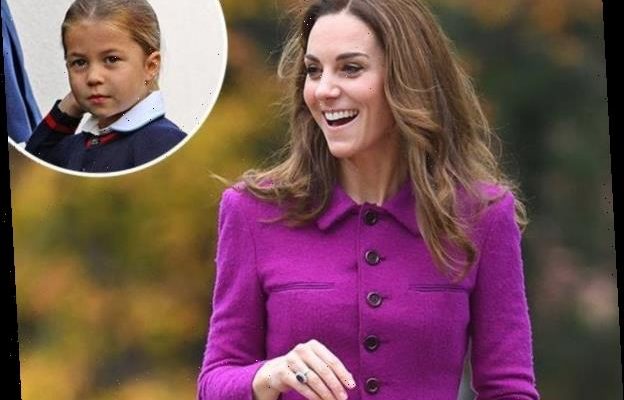 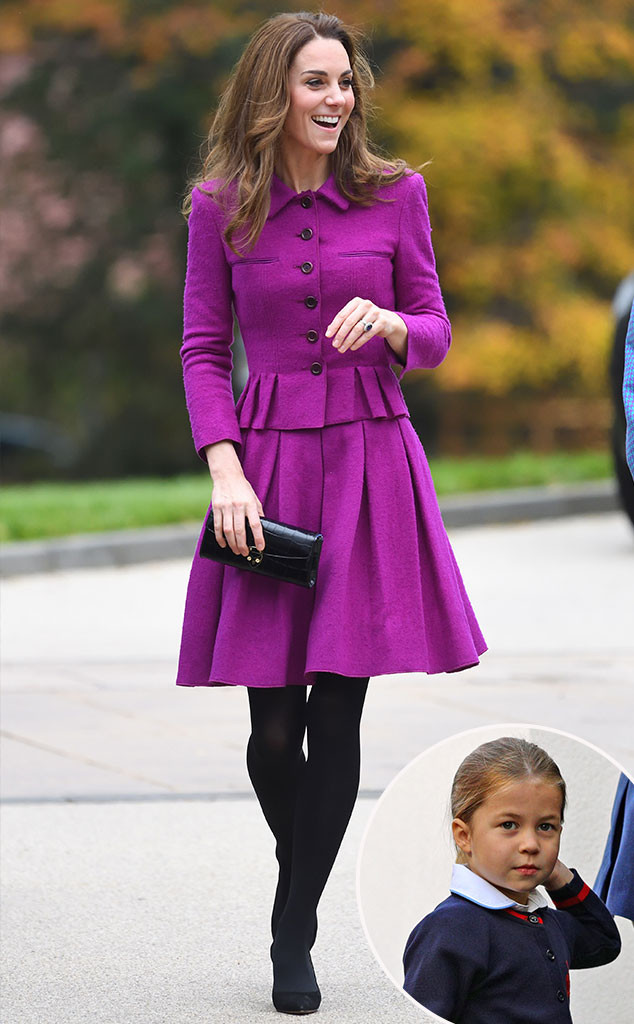 Princess Charlotte is a little fashionista!

On Friday, Kate Middleton revealed that the four-year-old royal has a new favorite hairstyle during her visit to The Nook, a state-of-the-art hospice center for severely ill children. While touring the facility, the Duchess of Cambridge met with some of the patients and their families—one of which included a young girl who was donning a braided ‘do. As it so happens, Charlotte is also a fan of the classic hairstyle.

“I love your plaits,” the mom of three said, according to Daily Mail‘s royal correspondent Rebecca English. “My little girl Charlotte loves plaits but her hair’s only this long so we have to do them at the top.”

Charlotte definitely gets her love of fashion and beauty from her mom, who looked stunning in a magenta Oscar de la Renta suit skirt. She paired the elegant outfit, which was comprised of a structured peplum jacket and pleated A-line skirt, with dark tights, black heels and a matching clutch from Aspinal London.

This look has actually been in the royal’s closet for years. Back in February 2017, she first debuted it at the Guild of Health Writers Conference and recycled it this past January for a visit to the Royal Opera House. For both occasions, Kate also opted for black tights and shoes.

Kate is a longtime supporter of East Anglia’s Children Hospices, which is affiliated with The Nook center. In fact, it was one of the first charities that she became a patron of after marrying Prince William back in 2011. Speaking to the crowd, Kate commemorated EACH’s global efforts and reminisced about her early experiences with organization.

“You have created here at The Nook a nurturing, caring environment that allows families who are going through the unimaginable the ability to spend precious quality time with each other, comforted in the knowledge that their children are being looked after in the best possible way,” she said. “EACH was one of the very first charities that I decided to become Patron of after my marriage. Whilst a lot has changed since then, my commitment and support for this wonderful organization and the work that you do has not.”

“Over the years, I have seen first-hand the depth of EACH’s reputation as a standard-bearer in children’s hospice care, both here in the U.K. and internationally too, during my visits to Malaysia and Australia,” Kate continued. “The Nook Hospice is a fitting tribute to all your staff, its generous supporters and its awe-inspiring children and families who I have been so lucky to meet here today. I therefore could not be more delighted to invite my army of little helpers to join me in officially opening this new hospice.”