For far too long, there have been far too many unwritten rules around how women show their skin. But there’s a new initiative that aims to give women back ownership over their skin. LGBTQ activist Jazz Jennings is the spokesperson for Gillette Venus’ #MySkinMyWay campaign, which aims to "re-right" the rules regarding skin. That’s because no one other than you should have an opinion about whether you shave, how you treat your body hair, or how you decorate your skin with tattoos or makeup.

In late 2018, Gillette Venus conducted an online skin survey of 1,076 women, aged 18 to 50, in North America. Five respondents between the ages of 18 and 25 identified as non-binary.

The findings are as follows: Of the participants polled, 87 percent wished women didn’t feel so much pressure to follow rules about how their skin should look. A whopping 89 percent agreed that women have to follow more skin rules than men, and 41 percent admitted they have judged other women for skin flaws.

Allow that intel sink in for a moment.

The #MySkinMyWay campaign aims to eradicate these rules and re-write — or "re-right" — them. It essentially hopes to eliminate the pressure and judgments women may feel about shaving and their skin.

"All women think they’re expected to have glowing, perfect, radiant skin," Jennings tells me during our exclusive interview. "This campaign dismantles that misconception. Skin isn’t always that. It’s natural. It’s a layer of the body. What’s also awesome is that [Gillette Venus] is not doing any retouching of blemishes, and will show the hair as it’s being removed."

Beyond unedited imagery, Jennings wants this initiative to basically wipe the slate clean for women when it comes to giving them ownership over their bodies.

"I hope that there are no rules at all after this campaign," she declares. "Why were there rules in the first place? It’s your body and you should make the choice for yourself." 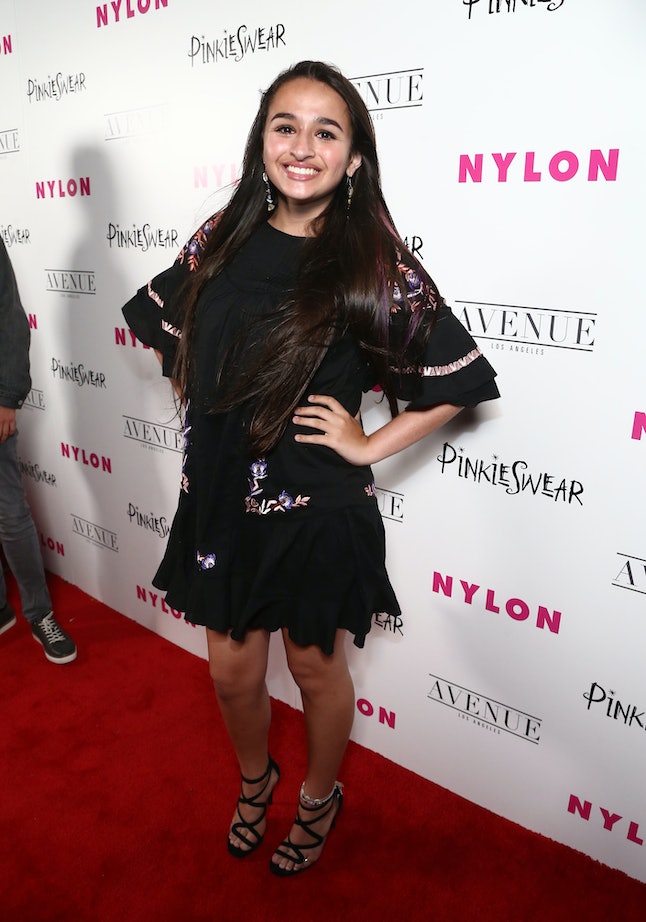 The initiative isn’t just about individuality. It’s also about inclusivity, showcasing people of several backgrounds and experiences all united under one message.

"My favorite thing about the campaign is the diversity and the inclusion," Jennings says. "Gillette Venus is celebrating every woman and every kind of skin. All ethnicities, identities, and inclusivity are important."

Jennings confesses the "skin rule" that she personally felt compelled to follow in the past was shaving her legs. #MySkinMyWay, though created by a razor company, is helping her break away from that sort of thinking.

"Now, if I don’t feel like shaving my legs, I don’t have to," she says. "I hope that I can inspire women to no longer feel obliged to fit within the mold of what we think is beautiful. Pick up the razor and say, ‘This is my skin and I am going to do it my way.’ It’s about individual preference rather than what we are being told."

Jennings understands that a change in thinking, especially around body hair, won’t happen overnight. But she is adamant we as a society will get there.

Given Jennings’ visibility and identity, she is passionate about how #MySkinMyWay will support other transgender women who are often left out of conversations around women’s rights.

"People have tried to invalidate my identity as a woman," she says. "When a major company is endorsing someone who is trans, they are saying, ‘We support Jazz and her identity.’ A lot of people don’t embrace our identities or allow us to express who we are authentically. Venus is saying, ‘No, everyone can be who they are.’"

Jennings has lived the notion of #MySkinMyWay as a trans woman and activist asserting her right to live as her most authentic self. Living in her skin has been all about channeling and finding her own womanhood in a society that often wants to deny her that right.

"I have always had my awareness of who I was on the inside and I wanted to express that externally so the whole world could see who I am within," Jazz says. "I took steps to have the transition, and I am confident and happy in my own skin. I look in the mirror and see the true reflection of who I am."