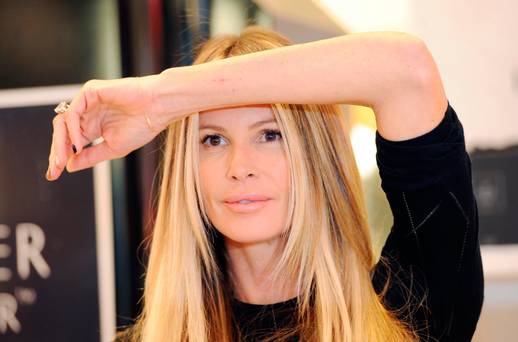 Elle Macpherson avoids jet lag by using a vitamin supplement instead of eating.

In an interview with Vogue Australia, when asked how to avoid jet lag, she said: “I know this is going to sound really like a plug, but Super Elixir. I take two teaspoons of Super Elixir before I get on the plane.

“I take two teaspoons in water – in a litre of water on the plane. And I take two teaspoons when I get off. And I don’t eat on the flight. I don’t eat on the flight. I just drink Super Elixir and honestly, I arrived, I went straight into a board meeting yesterday and felt fabulous. Went out for dinner, slept. Got up this morning and I’m working all day and during the week.” Read more: Can a real woman wear a Bikini after 50?

The product is packed full of vitamins and minerals which leave Elle feeling refreshed and the blonde beauty admitted the supplement was originally designed for her – but when she realised the positive effects,  she wanted to “share it with other women”.

She said: “The product itself is formulated with very skilled scientists and nutritionists, who have combined the perfect ratios of vitamins and minerals, sourced in such a way that it maintains the integrity of the ingredients.

“And combined in a way that really suits the body. It was designed for me originally and we’ve tweaked the ingredients along the way.

“We found that it had such an incredible effect that I wanted to share it with other women. I never said, ‘Oh, the wellness industry is the industry to be in, let me find something I can put my name to.’ It was a protocol that I was using for myself.

“I shared it with a friend. We decided to build a business around it to help other women – and men.”