Most of my days are spent makeup-free, yet I still find myself screenshotting celebrity makeup looks, thinking of when and how to replicate them. Because while buying actual products is obviously the bridge between inspiration and execution, seeing how it looks on someone else helps a lot. And with award season in full swing and Fashion Month drawing to a close, we’ve already got plenty to gawk at despite being just two months into the new year.

For instance, the Golden Globe Awards was mostly traditional, with a handful of women opting for classic red lipstick. And at the SAG Awards, the underlying theme appeared to be glowy skin without the extra frills. The Grammy Awards was a hodgepodge of shimmery eyelids, bold lips and accessories galore. Plus, New York Fashion Week had us ready to invest in full-blown makeup kits thanks to a handful of avant-garde moments. The point we’re trying to make is this: Choices are never in short supply.

With that being said, here are the makeup looks we’ll be adding to our Pinterest boards for safe keeping. From Cardi B to Emmy Rossum to Indya Moore, the slayage is real. 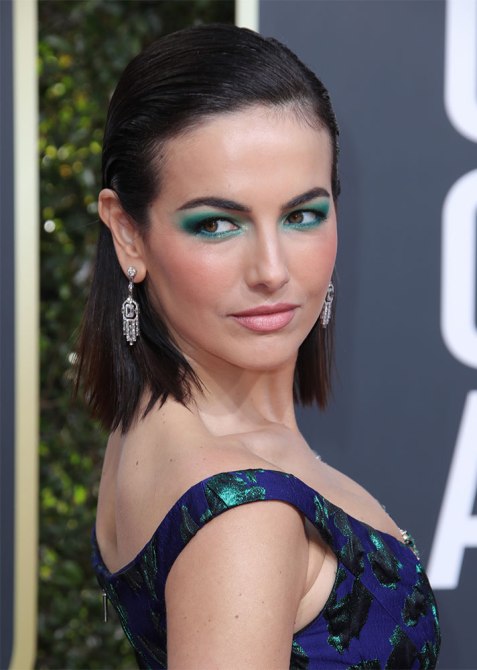 The actor’s emerald green lids were a standout at the Golden Globe Awards. 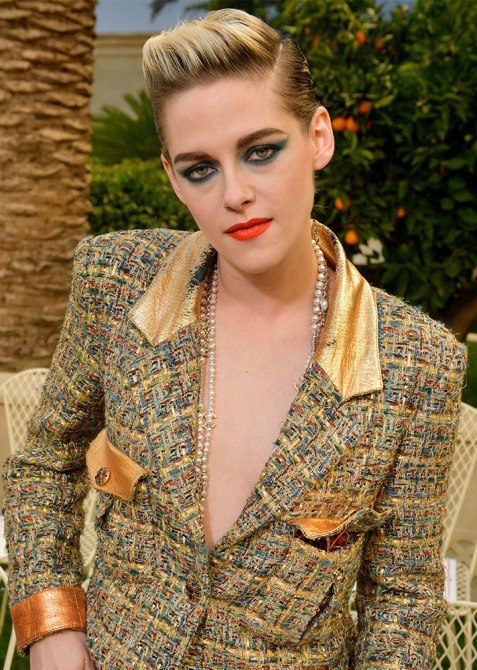 It really gets no better than bright coral lipstick and blended-out forest green shadow during Paris Couture Fashion Week.

Though it would be easy to assume the glossy red lip is our favorite part of this SAG Awards look, it’s really the pink under-liner that caught our eyes. 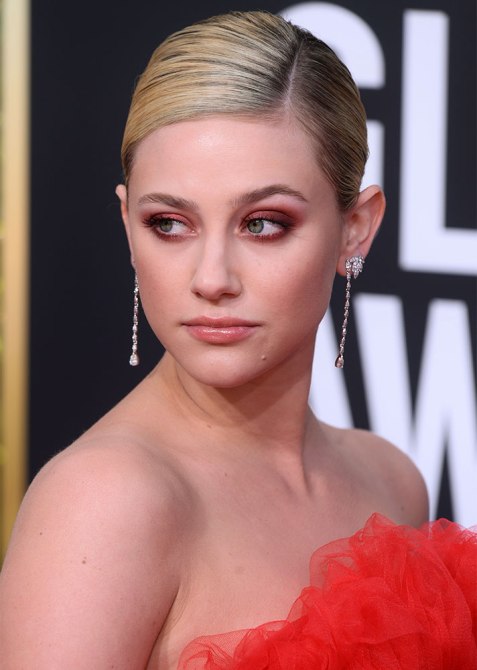 All red everything at the Golden Globes — eye shadow included. 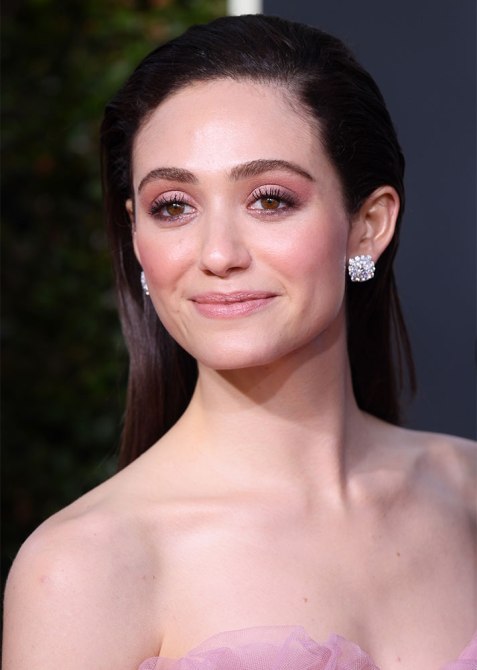 The Shameless star’s blush-tone makeup leaves us pining for spring. 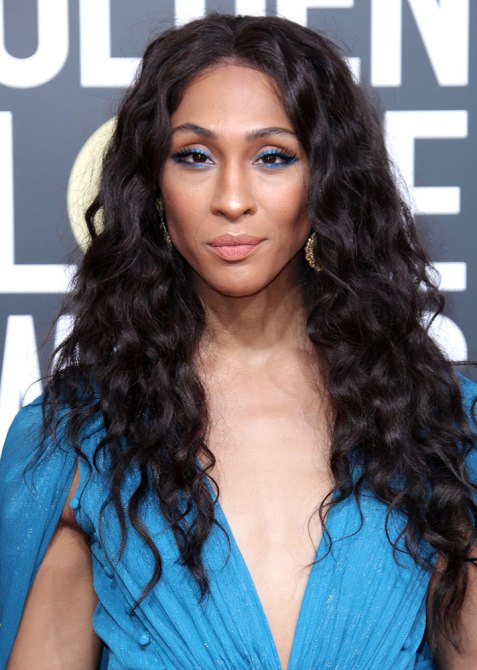 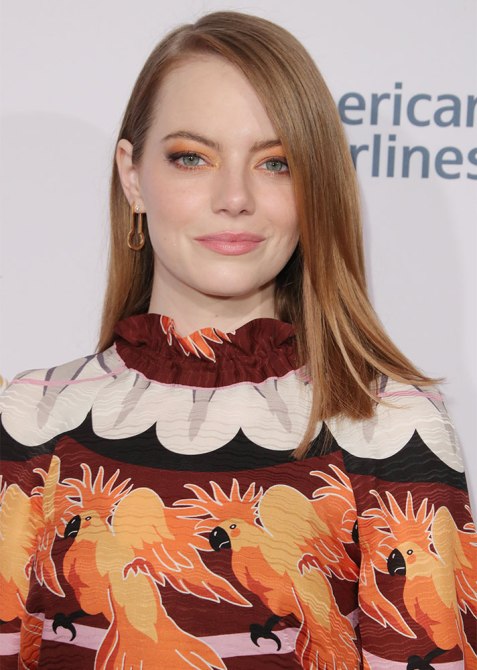 As it turns out, orange eye shadow is the perfect makeup look for a tea party — in this case, the high-profile BAFTA Tea Party. 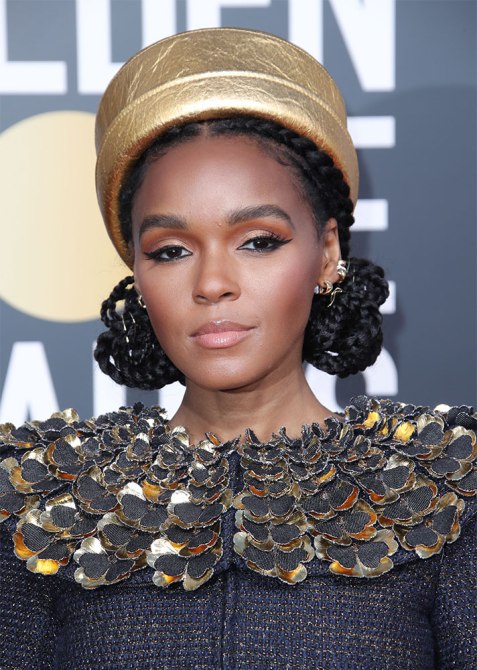 Is her eye shadow gold? Is it orange? Is it a mix of both? Either way, we’re obsessed with it. 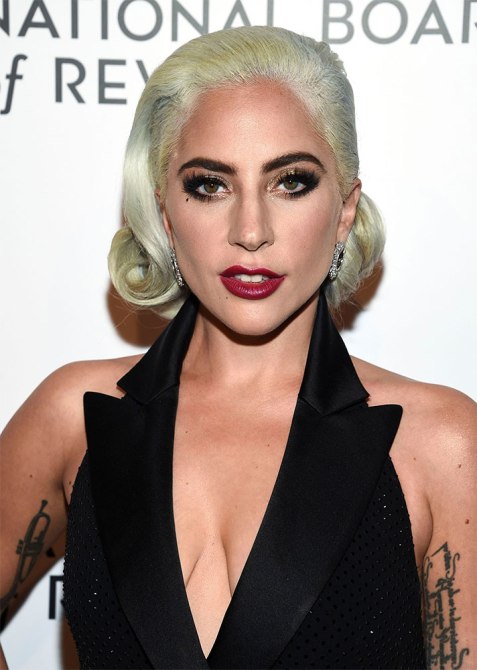 Not to let her 2018 press run looks for A Star is Born steal the show, the singer and actor upped the glam even more for the National Board of Review awards gala. 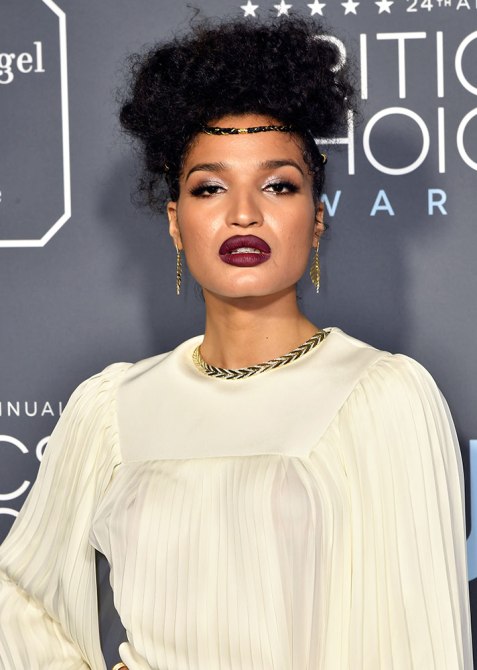 With her full pout covered in bordeaux lipstick, it’s no wonder the Pose star was also belle of the Critics’ Choice Awards ball. 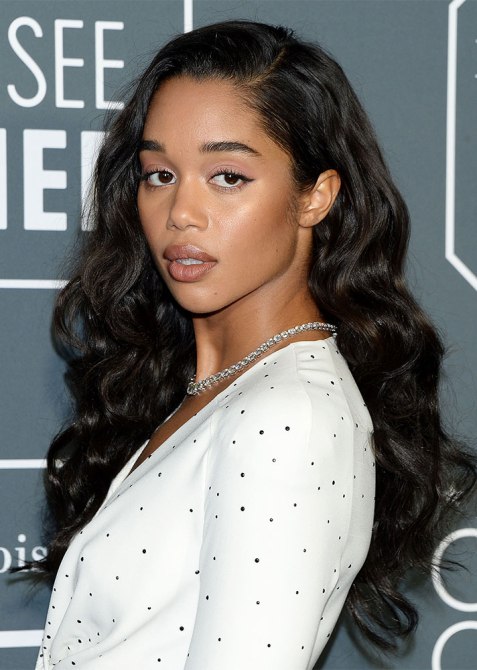 We’d be hard-pressed to overlook this impossibly gorgeous neutral moment sported by the actor at this year’s Critics’ Choice Awards. 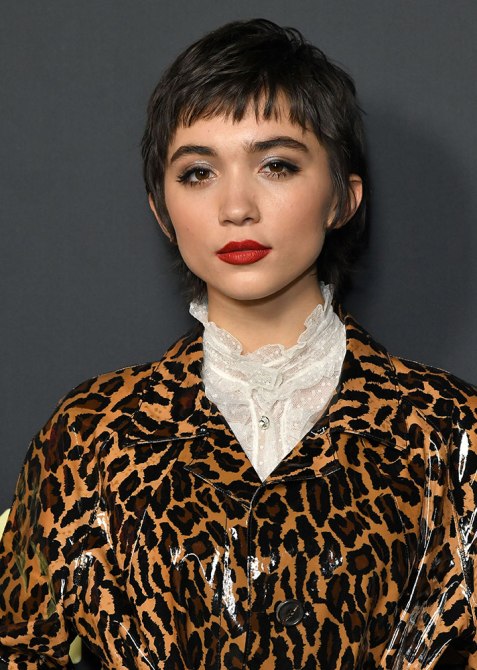 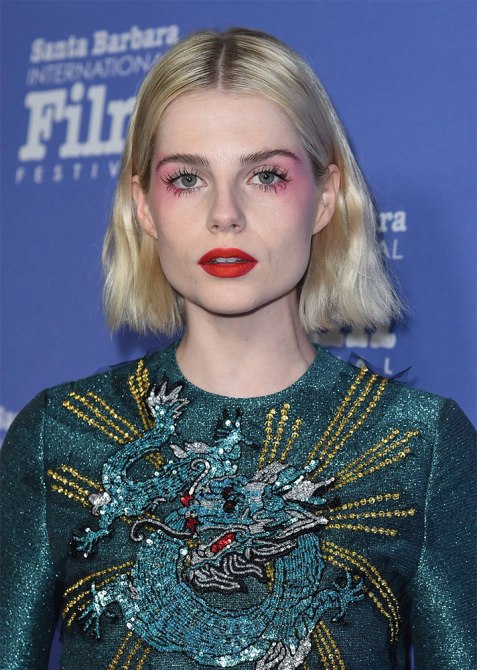 The Bohemian Rhapsody star has dominated award season with her avant-garde makeup looks, but our favorite is this lash-tastic one for the Santa Barbara Film Festival. 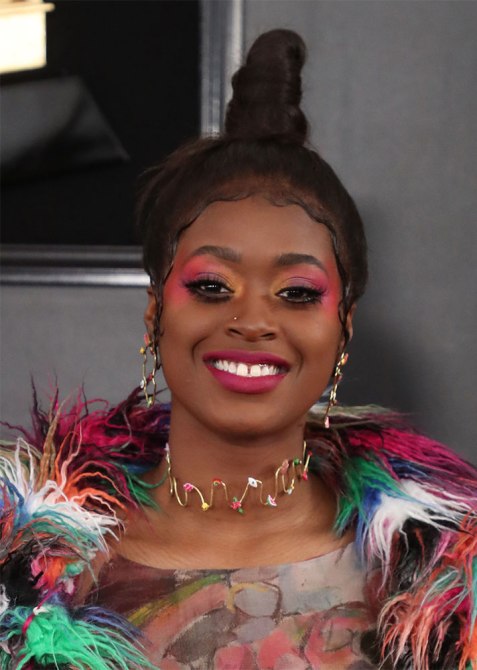 Kudos to Whack for stepping outside the traditional box and wowing us with pink eye shadow blended all the way out to her temples. 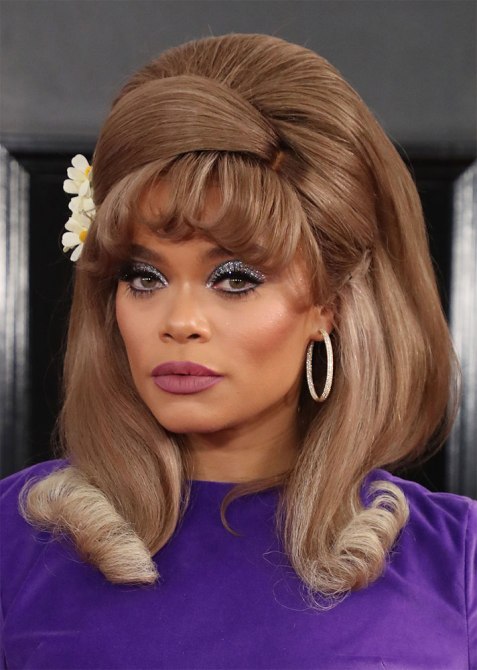 The singer rarely fails to impress, and at this year’s Grammy Awards, she stole everyone’s attention with a whole lot of silver glitter. 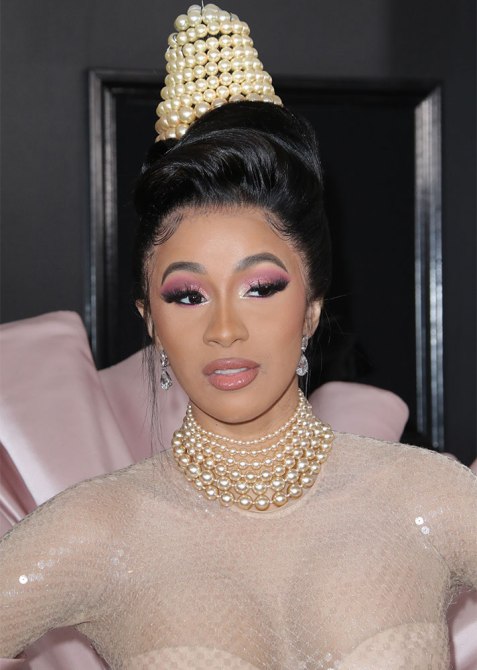 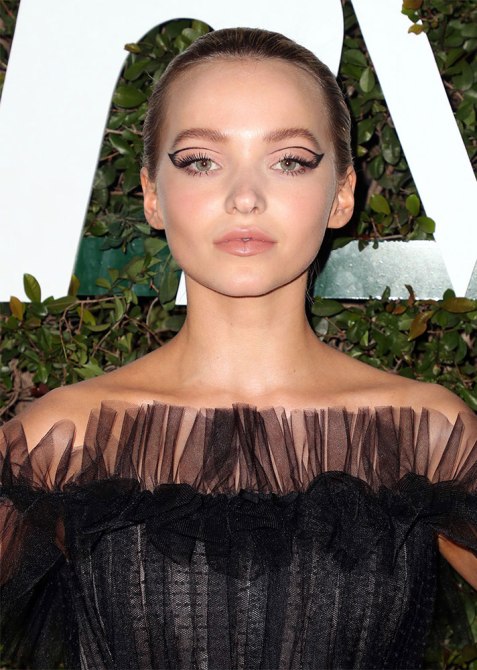 For Teen Vogue‘s Young Hollywood party, the actor proved minimalism can leave a big impression with this negative-space eyeliner look. 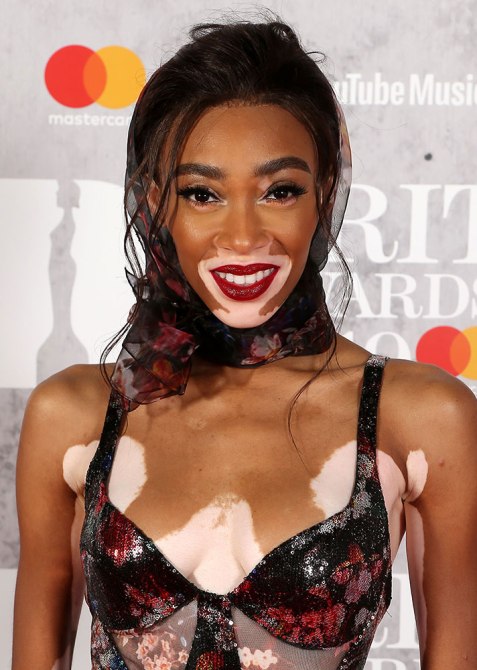 For this year’s Brit Awards, the model made us want to throw on a cat-eye and red lipstick just because.