In 2019, CeCe Telfer became the first transgender woman to win an NCAA title in the Women’s Division II 400m hurdle. Now, amidst training to qualify for the 2021 Olympic Trials, CeCe is speaking out about the impact sports had on her life growing up.

I never identified as a male athlete. In high school, during track meets, I would say to myself that I’m a female athlete competing in a sport that I love. And I’m just running against these guys to be better than them.

I didn’t start competing on the women’s track team until my senior year of college at Franklin Pierce University. At that point, I had already come out and long since met the NCAA requirements for a trans woman athlete to compete on the women’s team—one year of testosterone suppression treatment.

The coaches created a safe environment where I could express myself and focus on my craft. They were genuinely happy for me when I decided to compete as myself in the sport. I know that wouldn’t have been the case at other universities.

When trans youth are allowed to participate in sports, when coaches are able to accept and encourage them, they start to be seen as a person before being seen for their trans-ness. I’m a great athlete. I’m a Black woman. And I’m also a trans woman.

I can’t say enough about the positive impact that sports have played in my life. Obviously, as an elite athlete, it’s now my passion and focus. But even before that, it allowed me to prioritize myself, quiet all of the noise and hate, and stay committed to accomplishing my goals.

Participation in sports gave me a place of belonging on a team and among peers. It helped me develop cooperative skills. It allowed me to spend time away from the parts of my life that were more difficult, where I had to pretend to be someone I wasn’t. It steered me away from the noise and pain.

Sports have the power to bring people together. We just have to allow it to happen. 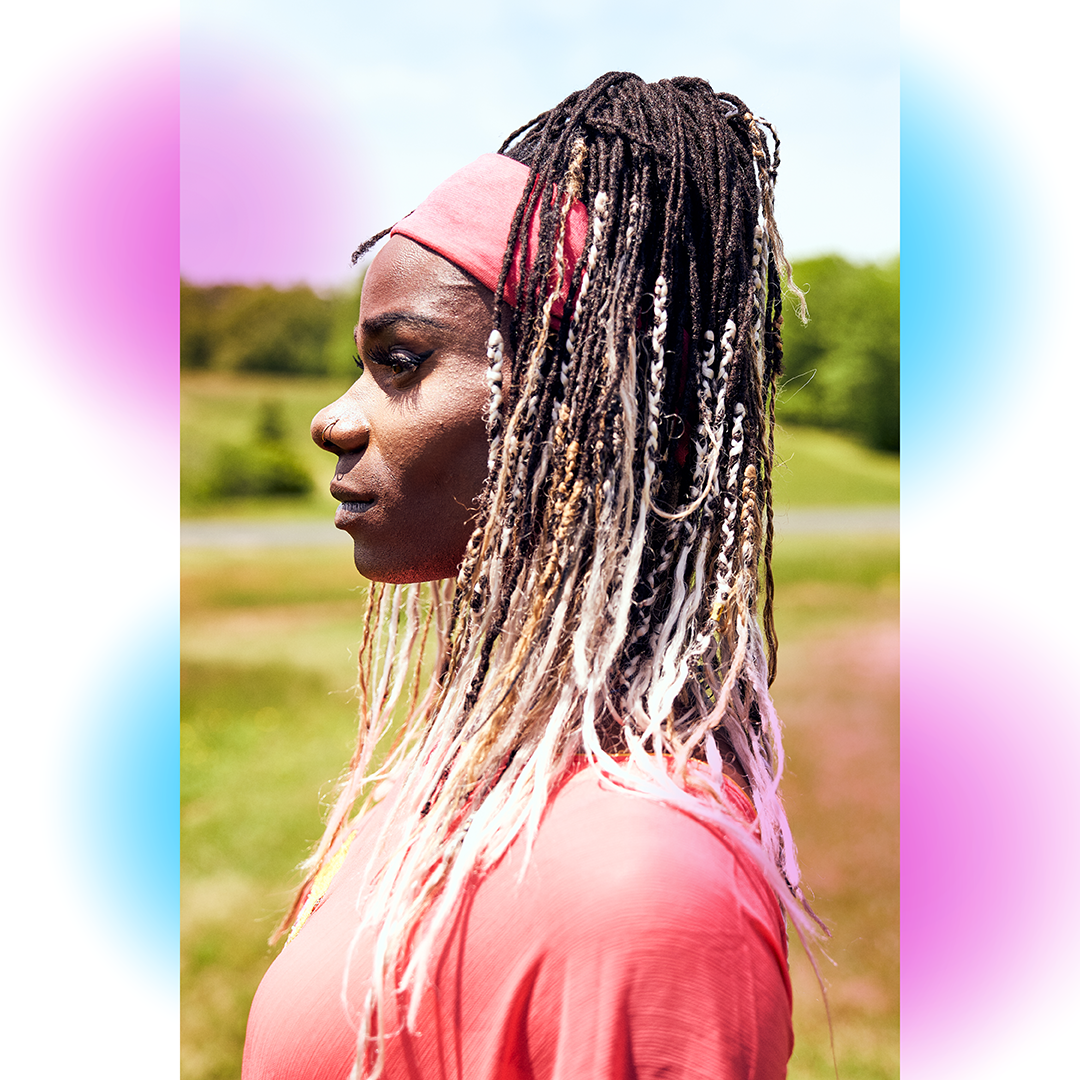 I was born in Jamaica, but honestly, I don’t like to talk about it.

Revisiting memories of my childhood there is painful. That’s where I got bullied for being who I am; it’s where I experienced a lot of hate. It’s a place that still doesn’t accept me or my successes.

The Jamaican lifestyle consists of close-knit families, heteronormative values, and distinct gender roles. My family embodied those ideas and emphasized the distinction between genders by conditioning boys to be boys and girls to be girls. They required certain clothes to be worn and toys to be played with.

I tried to wear feminine clothes and play with girls’ toys. I gravitated toward sports like double dutch and gymnastics. I just wanted to be with the other girls and play on their team.

When I was 12, I moved to Canada. I claim my Canadian background more than my Jamaican heritage. Canada is very LGBTQ-friendly and the atmosphere that I experienced there proved to me their openness and acceptance. I could be accepted for who I am. In Canada, I could show up to school as myself.

But at home, I had to be someone who I wasn’t. And that didn’t feel good. 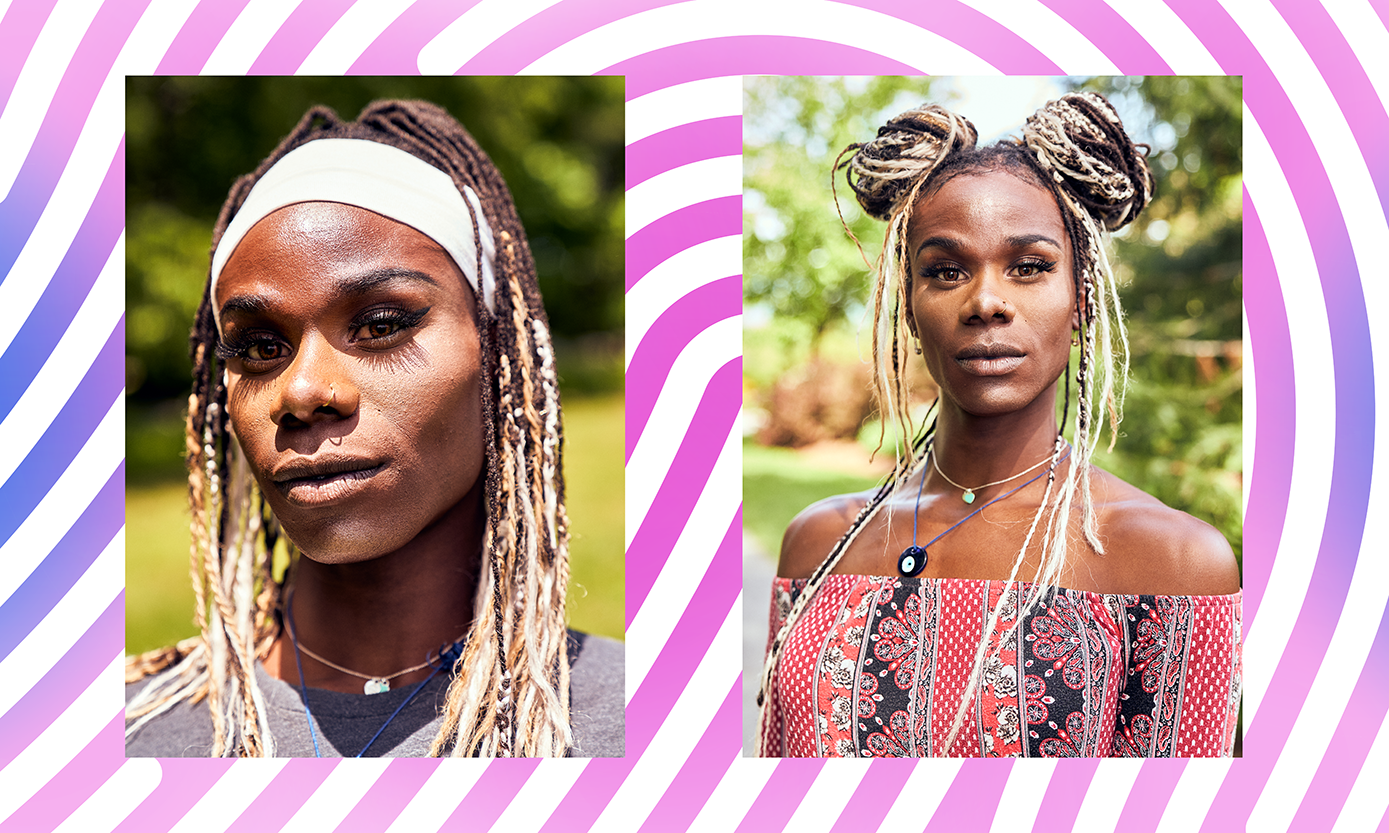 As a kid, I enjoyed a lot of different kinds of movement.

Running is expected when growing up in Jamaica, but I was involved in other sports like gymnastics, cheerleading, and volleyball. Even now, I cross-train by being active in these other sports. When my body is active, my mind is clear, and that’s what brings me back to the game. I can find confidence in my body and what it can do. It trains me to focus on myself even off the track.

I decided in middle school to focus on track and field. Since they have that at every school, I knew I would always have a place and a team. On the track, my mind could focus on my performance, my speed. All of the pain, the hate, the judgment, could fade away like the scenery I sprinted past.

On the track, I was in control of my body, I could handle hurdles with speed and agility and everyone around me only encouraged me to go faster. 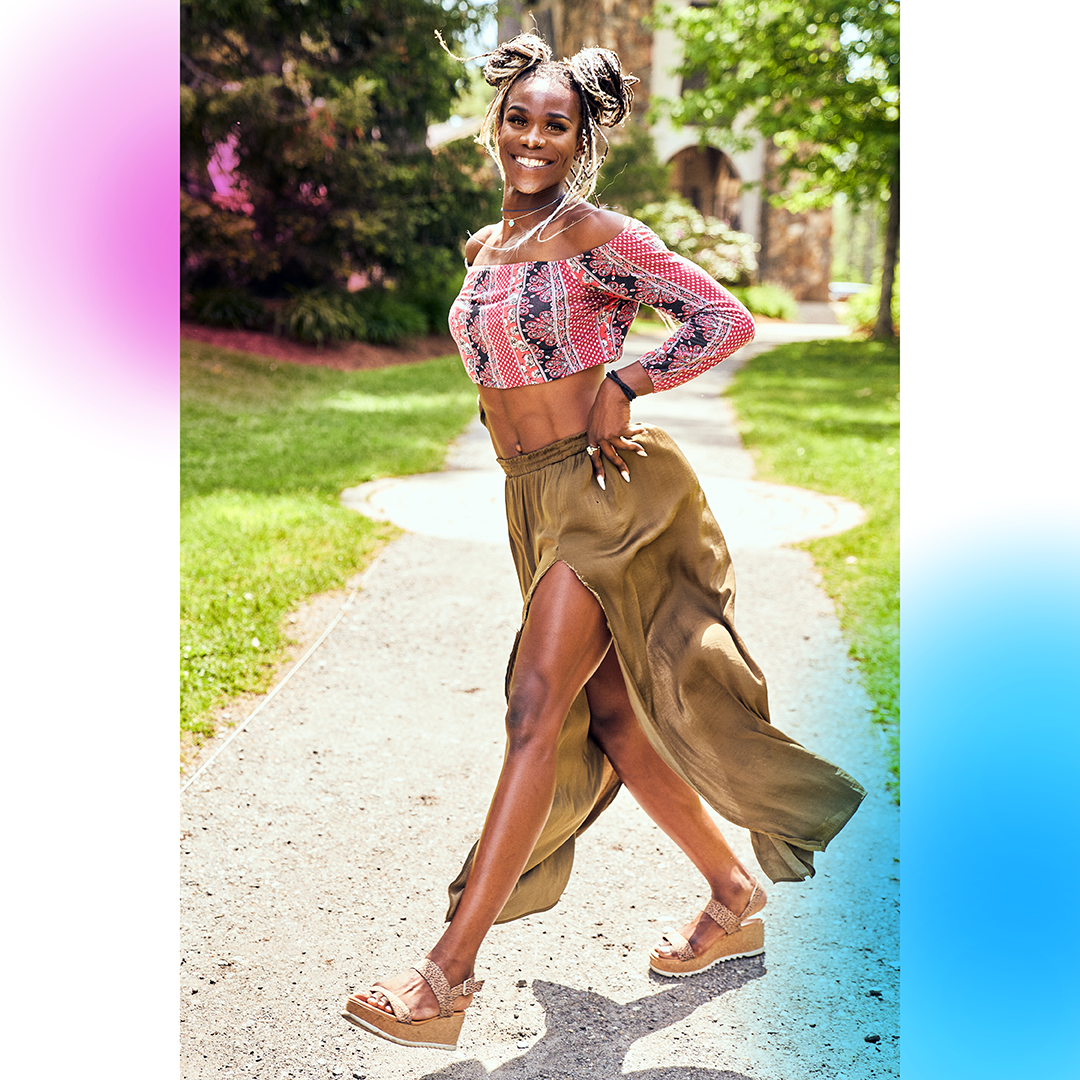 Still, I struggled with depression as a child and throughout high school.

Those feelings were intense and pressing. Though I felt like I could be myself at school, hiding who I was at home became harder and harder. It became a matter of life or death for me.

I started having suicidal thoughts and even began writing a note to leave behind after I exited the world. But I could never finish the note because I kept getting pulled into training and competing in track meets.

Sports saved me. I could stay at school longer because I had track practice, and running kept my mind distracted from the reality of my situation outside of school. I don’t know if I would be here if I didn’t have sports. 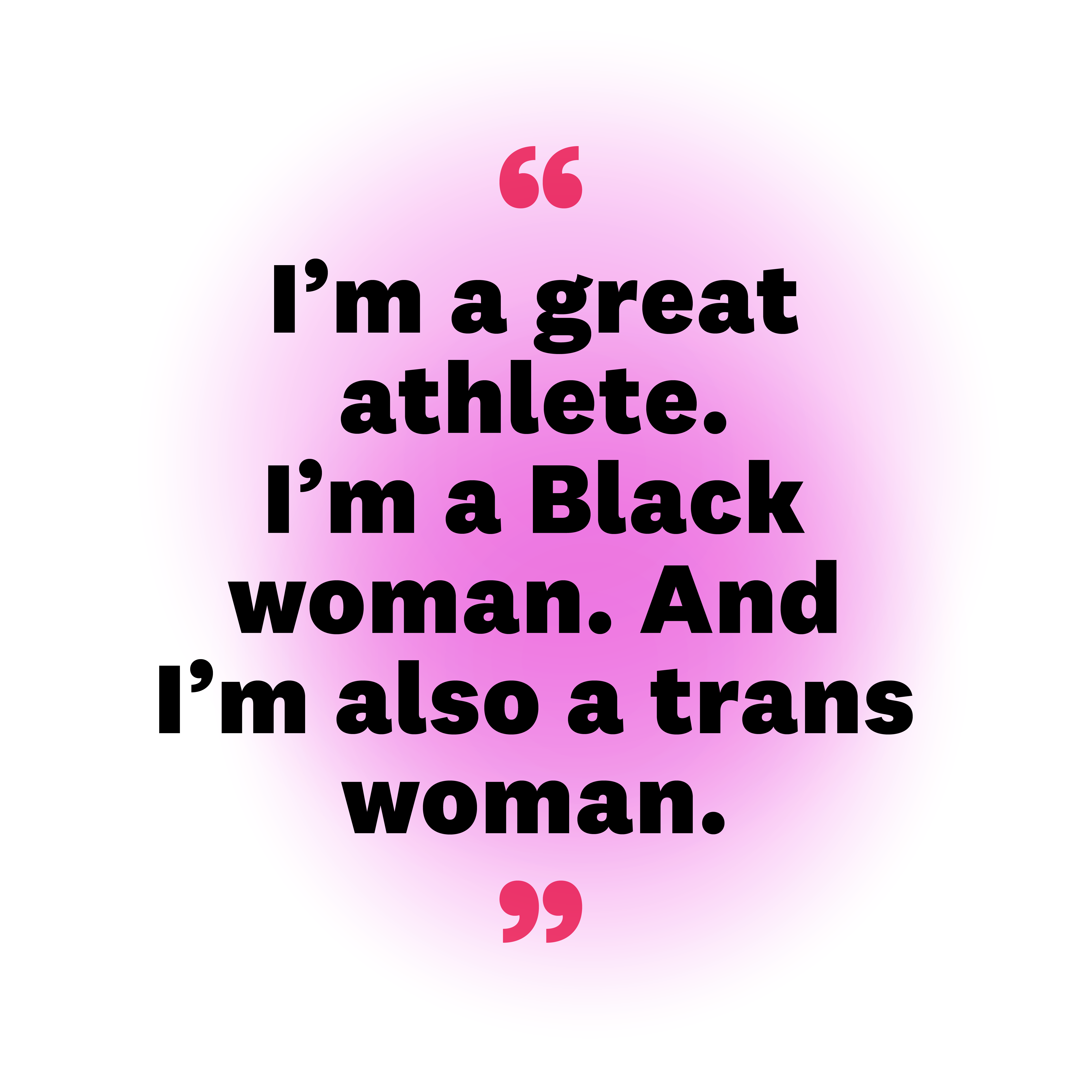 People will continue to not understand who I am.

In the two years since my groundbreaking NCAA Women’s Division II championship in the 400m hurdle, I’ve reached out to more than 200 coaches in hopes of qualifying for the 2021 Olympics. Only two responded, and one stopped replying to my emails after finding out I’m trans.

I love what I’m doing and I’m getting to live my truth and live my authentic life.

I believe that this is my way of being the change that I want to see in the world. And I live by that every single day.